Aside from waiting for a trade accord between China and the U.S, this was a busy week for central bank’s monetary policy announcements.

At China’s National People’s Congress, authorities lowered their 2019 economic growth target to a range of +6.0-6.5% amid rising concerns over a downturn in the world’s second largest economy and will aim for consumer inflation of +3% this year and a fiscal deficit of +2.8%.

Down-under, the Reserve Bank of Australia (RBA) Governor Lowe signaled it is hard to think rates will rise after Australia’s Q4 2018 GDP reading was the weakest quarterly reading in three-years.

The Bank of Canada (BoC) took the market by surprises and was very “dovish.” Governor Poloz held its key interest rate steady at +1.75% as weaker global and domestic growth prospects led policy makers to express more caution about the pace of future rate increases. He insists that the economic outlook continues “to warrant a policy rate that is below the neutral range, which is currently estimated around 2.5% to 3.5%.”

ECB’s President Draghi was not going to be left behind other G7 central banks. The ECB surprised everyone by announcing a new series of refinancing operations and delaying when it expects to raise interest rates. Euro policy makers now say interest rates will remain at their present levels “at least through the end of 2019” versus “at least through the summer of 2019” at its previous statement. They also announced new targeted longer-term refinancing operations on a quarterly basis, starting in September 2019 and ending in March 2021.

Latest rumor is that PM May could pull the vote on ‘no deal’ next Wednesday (Mar 13) and to extend Brexit on Thursday if she narrowly loses the meaningful vote on Tuesday (Mar 12). A draft plan for low key debates has been drafted for Wednesday & Thursday if votes are pulled.

On the Economic Calendar, no releases are scheduled for this weekend. Fed Chair Powell is due to speak Friday evening (Mar 8, 10:00 pm) about monetary policy normalization at Stanford University, in California 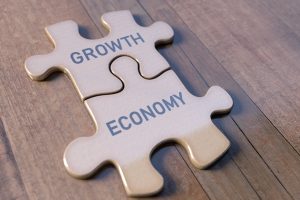