Asian markets were little changed in low-volume trading this morning, with most investors sitting on the sidelines while waiting for the decision at the end of the two-day Federal Reserve meeting. Expectations are relatively low for a move at this meeting, with market-based pricing suggesting only a less-than 20% chance of a 25bps cut, and it will be the forward guidance that will either confirm or reject market expectations of a cut at the July meeting. Those odds are currently as high as 82% for a 25bps cut.

US indices consolidated yesterday’s surge, barely changed for yesterday’s close, while the China50 index rose 0.22% to touch the highest since May 6 while the Japan225 index climbed 0.31%. Currencies were little changed with AUD/USD holding on to yesterday’s late gains at 0.6875 and USD/JPY flat at 108.43.

Trump’s tweet last night that he had a “very good” phone conversation with China’s Xi and they are due to have an extended meeting next week at the G-20 summit was welcome news to commodity markets. Copper prices rose by more than 2% to the highest in three weeks while soybeans advanced to the highest in nearly four months.

Aside from the FOMC decision, the North American session features Canada’s CPI data for May, both the official data and the Bank of Canada’s core indices. Early tomorrow morning, New Zealand publishes first quarter GDP numbers, with forecasts suggest a slight uptick on an annualized basis to 2.4% from 2.3% in Q4 and unchanged growth of +0.6% on a quarter-by-quarter basis. 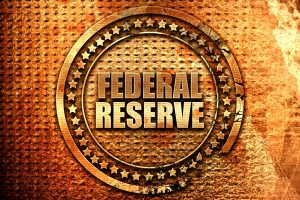