NANOBTC Fan Idea on the Daily 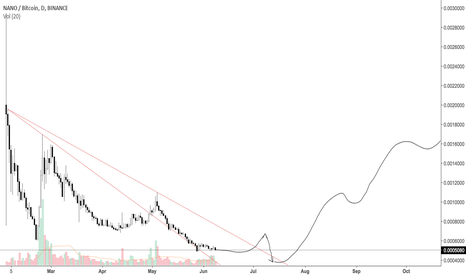 A rough idea using the Fan Principle on the Daily NANOBTC             market. The downtrend since 04 May has followed the first fan line down quite well, I would expect a move back up to test the second fan line with a break through that and then a draw back followed by a reversal of the overall downtrend.