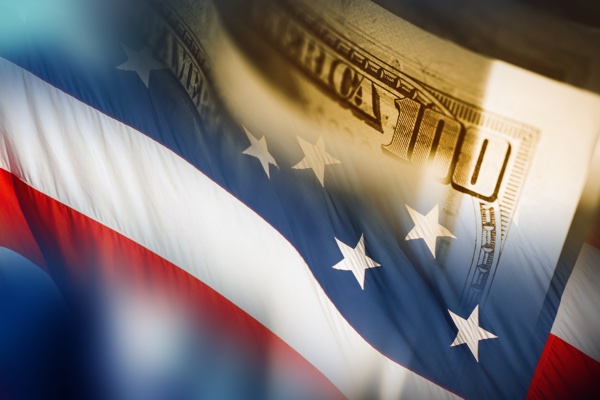 For any follow-up, I’m contactable  on Reuters Messenger, via the BBG terminal or my mobile numbers

USD is still very data-dependent, so it will be tricky to trade

The markets are pricing in a higher probability of the terminal rate over 3.5%, signalling a convincingly hawkish view from last week FOMC. Chair Powell’s language around a healthy economy while emphasising data dependency suggests the Fed will continue to hike well into the restrictive territory or at least until the data weakens. It appears Powell is not a big fan of FOMC  forward guidance and sees interest rate condition too loose. But when considering labour market tightness, which should eventually drive inflation higher, the markets are far too sceptical and now reversing out some of that pessimism as the Fed’s appear on course to raise quarterly interest rates for the foreseeable future.

The USD is still very data-dependent so even with a hawkish nod from the Fed the US  Dollar will be tricky to trade.

NAFTA
Bloomberg is reporting U.S. and Canadian negotiators are close to a deal on NAFTA and there’s optimism it will be reached by the Sunday deadline — an outcome that would avoid an impasse that imperils $500 billion in annual trade, people familiar with the talks said.

There’s renewed urgency to nail down a new North American Free Trade Agreement that could be published by Sunday, so Mexican President Enrique Pena Nieto can sign it before he leaves office, the people said. The U.S. and Mexico reached their agreement in August, triggering talks between the U.S. and Canada, which are being held around the clock this weekend. (Bloomberg)

What’s interesting about this latest twist, is that The U.S. trade representative was expected to post text online this weekend that will lay out more of what Mexico has agreed to so far in NAFTA2. But the text was supposed to exclude details about Canada. Since the version was never posted online, could US trade representatives be holding it back, so they can post one for a trilateral agreement which includes a Canada provision? A lot of smoke signals on this call, and where there’s smoke there’s usually fire.

The implication for the Canadian dollar is enormous. Given the stellar GDP print last week, a data-dependent BoC governor Poloz, and skyrocketing oil prices, 1.28’s would seem like a lock. But with commodity Bloc of currencies expected to receive a fillip from rising hard and soft commodity prices, perhaps there is even more juice to be squeezed out if the Canadian dollar.

Mind you. I still find any deal on the eve of the Quebec, October 1, a bit of a stretch given the Liberal political fallout ( provincial and federal)from any concessions around the dairy industry, as the bulk of Canada’s Milk industry is based in Quebec. The most recent IPSOS poll shows the provincial Liberals and Coalition Avenir Quebec in a dead heat. Quebec produces about 50 per cent of Canada’s dairy, and its agricultural sector is roughly the size of Ontario’s automotive industry. None the less the market remains on  NAFTA watch.

The Italian budget aside, since EU inspired political wobbles do tend to have a very short half-life effect on Euro sentiment,  higher US interest rate expectation amidst the backdrop of divergence between the Fed and the ECB, even more so after the tepid Eurozone inflation print on Friday, will underpin US dollar sentiment. The eurozone economic recovery is so uneven that the EURUSD could move lower for no other reason that the robust US economic story. Traders will probably look to re-engage EURUSD shorts on upticks.

The Australian Dollar
Much more focus on the US rates outlook in the wake of the FOMC, and this plays into the USD ‘s hand short term. I think the markets are tricky as USD moves are entirely data dependent.  While the RBA rate decision is on tap, there will be an outsized focus on next weeks NFP but more toward wage growth component as by all account the US job growth is rocking, but the Feds are looking for that elusive inflation spark. But this is where I temper my bearish Aussie expectations. With commodity prices going higher, this will undoubtedly be a boon for commodity-linked currencies so against a lot of forecasts I see the Aussie moving higher on that narrative alone.

The two primary competing narratives, surging Oil Prices vs higher US interest rates should see the MYR trading with a neutral to negative bias this week. The fact that there has been limited positive follow through from skyrocketing oil prices suggests investors remain incredibly nervous about the rising US dollar and higher US interest rates. Mind you my views up until last weeks FOMC was swinging like a pendulum on the Ringgit, but with Chair Powell making headway for Fed hawkishness, in contrast with a neutral to dovish BNM bias, my MYR  lean is shifting negative over the short term.

Little more than a week after the FOMC, Friday’s US Non-Farm Payrolls take on the tremendous importance for near-term USD momentum as a critical focus will fall on US wages, and how quickly they expanded in September could have a significant impact on the projected course of US interest rates. Indeed, this week will probably go out with another sonic boom!

US Equity Markets: higher US interest rates should eventually factor.

US equity markets remain on solid footing supported by the impervious tech sector. For the time being US stock markets are showing incredible reliance in the face of higher interest rates and a possible escalation in the US-China trade war, as markets remain buoyed by the robust domestic economy. But at some point, the disconnect between the US and the rest of the world economies will flow through the asynchronous global growth feedback loop. But when you start factoring in higher US interest rates and the Feds dogged determination to drain the punch bowl, we could be nearing that turning point as the markets have been living on cheap borrowed money for some time. Eventually, higher US interest rates will become a significant negative factor.

Not surprisingly China’s official factory barometer decelerated more than expected in September, while the index for services and construction unexpectedly picked up.

The manufacturing PMI registered a disappointing 50.8 in September versus 51.3 in August, lower than Bloomberg survey median estimate of 51.2, but remains marginally above contraction. But the non-manufacturing PMI picked up to 54.9, versus 54.2 in August, so a bit of saw off, even more so when you factor that China is de-emphasising exports in favour of domestic demand.

While tariffs are causing some fraying at the brick and mortar level, China continues to support the demand side of the equation so while the manufacturing PMI is weak, the decline is not entirely uncontrollable.

Brent crude finished the quarter most spectacularly as the potential impact of US sanctions on Iranian exports continued to mount on a report that at least one Chinese refinery was cutting back on purchases.

As reported by Reuters Singapore on Friday:

“China’s Sinopec Corp is halving loadings of crude oil from Iran this month, as the state refiner comes under intense pressure from Washington to comply with a U.S. ban on Iranian oil from November, said people with knowledge of the matter.”

Show me the barrels

So, given the  evolving China refinery narrative, until sizable supply is offered up by OPEC, ultimately traders will continue to push the envelope even more so with rampant speculation running amok  that US$ 100 per barrel  Brent is not just an oil pipe dream

So, what’s the next bullish catalyst?

But let’s make no mistake, higher oil prices bring tears of joy to oil producer including those in Texas and Oklahoma. And while Saudi Arabia continues to make concessionary overtones, but the real question is even if they wanted to bend to President Trumps wishes, how much spare capacity does the Kingdom have?   We’re going to find that out very soon as approximately 1.5 million barrels of Iranian oil is effectively going offline on November 4. If the market senses that Saudi Arabia capacity is tapped out at 10.5 million barrels per day, despite their fabled bottomless well, oil prices will rocket higher with the flashy $ 100 per barrel price tag indeed a reasonable sounding target.

The Middle East  smouldering embers are set to ignite again as the New York Times reported that the US is evacuating its consulate in Southern Iraq because of attacks in recent weeks by militias supported by the Iranian government.“Iran should understand that the United States will respond promptly and appropriately to any such attacks,” Mr Pompeo said in the statement

At a minimum, this could derail any of those thoughts Tehran had of circumventing US sanctions by making side deals to supply oil to Europe. At maximum, further escalations by Iranian backed militias could see the US administration foreign policy hawks take flight. And don’t take John Bolton’s comments at the UN general assembly as an idle threat, ”  If you cross us, our allies, or our partners; if you harm our citizens; if you continue to lie, cheat, and deceive, yes, there will indeed be hell to pay.” Bolton is foreign policy hawk #1 and is all business when to comes to beating war drums,  even more so when  Any signs of growing unrest Iran is the target. Political noise in the middle east is usually positive for oil prices.

A reality check as spot gold sold off very aggressively as the US dollar started to reassert itself on Friday. For the past three months, gold has traded more like a currency rather than a go-to safe have an asset. With the Euro tumbling head over heels, the $1190 trap door gave way and selling intensified as stop losses triggered, and short-term leveraged players raced to get downside exposure. However, the sub $1190 move was retraced heading into the weekend as the traders realised they were neck deep in oversold territory and frankly, they ( we) needed the weekend to reflect on what just happened!!

It could be a make or break week for golds near-term ambitions, and the story will likely unfold at Friday’s  US Non-Farm Payrolls release.

Gold has been a seller’s market for some time, but with $1190 level yielding, we’re now firmly in the gold bear zone and as such with the USD dollar likely to strengthen on the back of widening interest rates differentials, selling activity could intensify with speculators likely to target the August low when the yellow metal hit $1160 before rebounding.

Please Join me on Bloomberg TV live from the Singapore Studio at 7:10 AM SGT Monday, Oct 1, discussing my views on the  RBA, Brexit and splashed with a bit of Brent and a sprinkled with  Iron Ore flakes.

Later in the day, join  me on my weekly  France 24 TV European open spot  at 12:15 PM SGT discussing how Asia markets are faring today 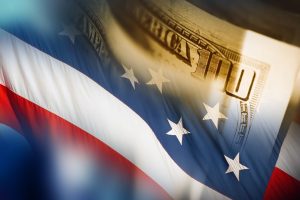