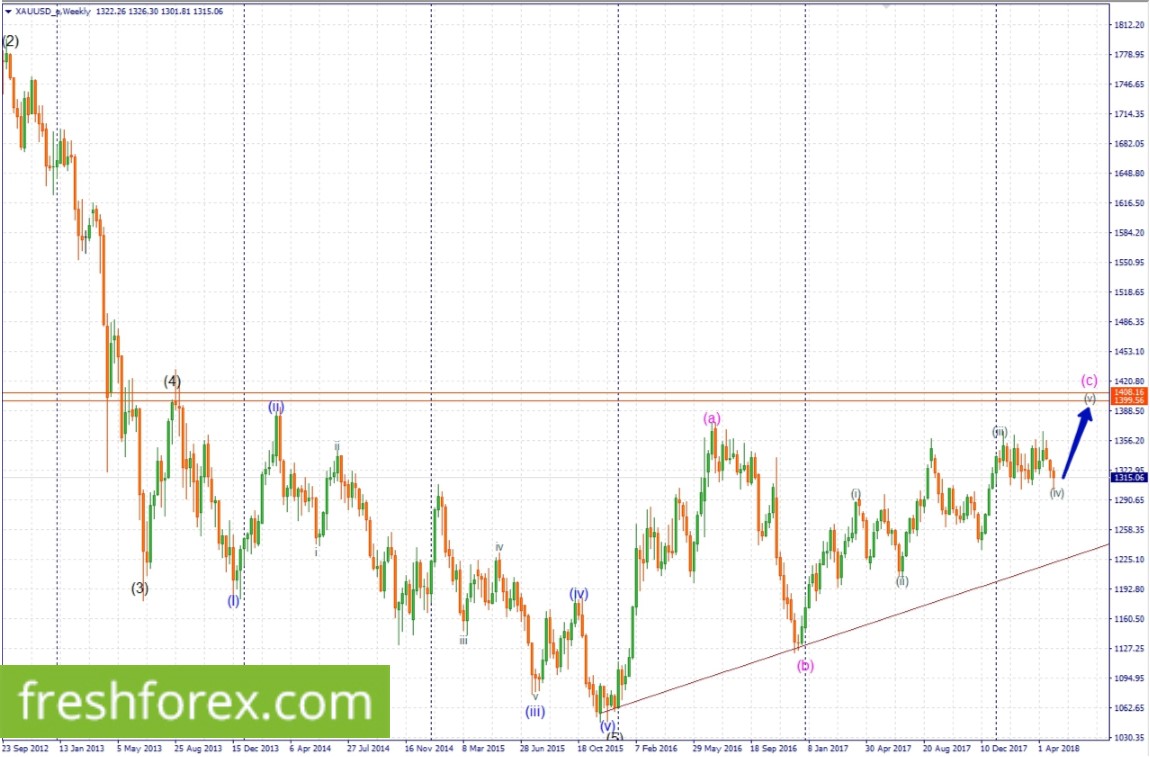 During the previous week, gold markets opened at 1322.66, went as high as 1326.30  and as low as 1301.81  but ended up closing at 1315.06, just a few pips below it’s opening price, the previous week’s candle is a perfect bullish pin bar candle closing above a key level 1313.79. As long as the price remains above this level, we expect a possible momentum to the upper side. The anticipated bullish price rally is the continuation of both the impulsive waves (v) and (c) and should not go beyond the weekly resistance level 1408.16.

This week, expect a possible bullish rally towards 1408.16. 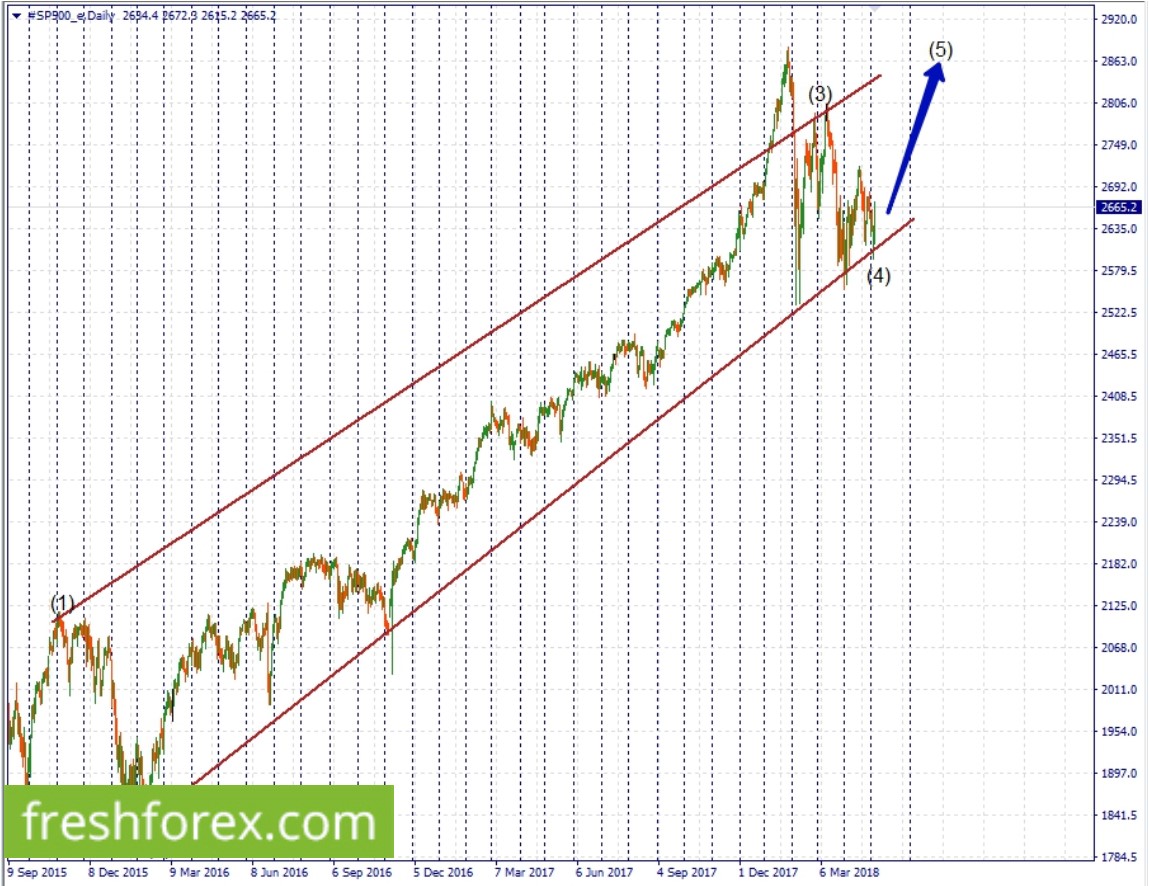 Since September 2015, this index has remained confined within the rising channel, just recently, the price attempted a break above the upper trend line acting as resistance to the rising channel, but failed to break above, the price then pulled back within the channel, and is currently being supported by the lower trend line. As long as the price remains above this trend line, we expect a possible rally to the upper side, the anticipated bullish price rally is the continuation of the impulsive wave (5) to the upper side but should not go beyond the daily resistance level 2863.0.

This week, look for low risk long positions with an ultimate target at 2863.0. 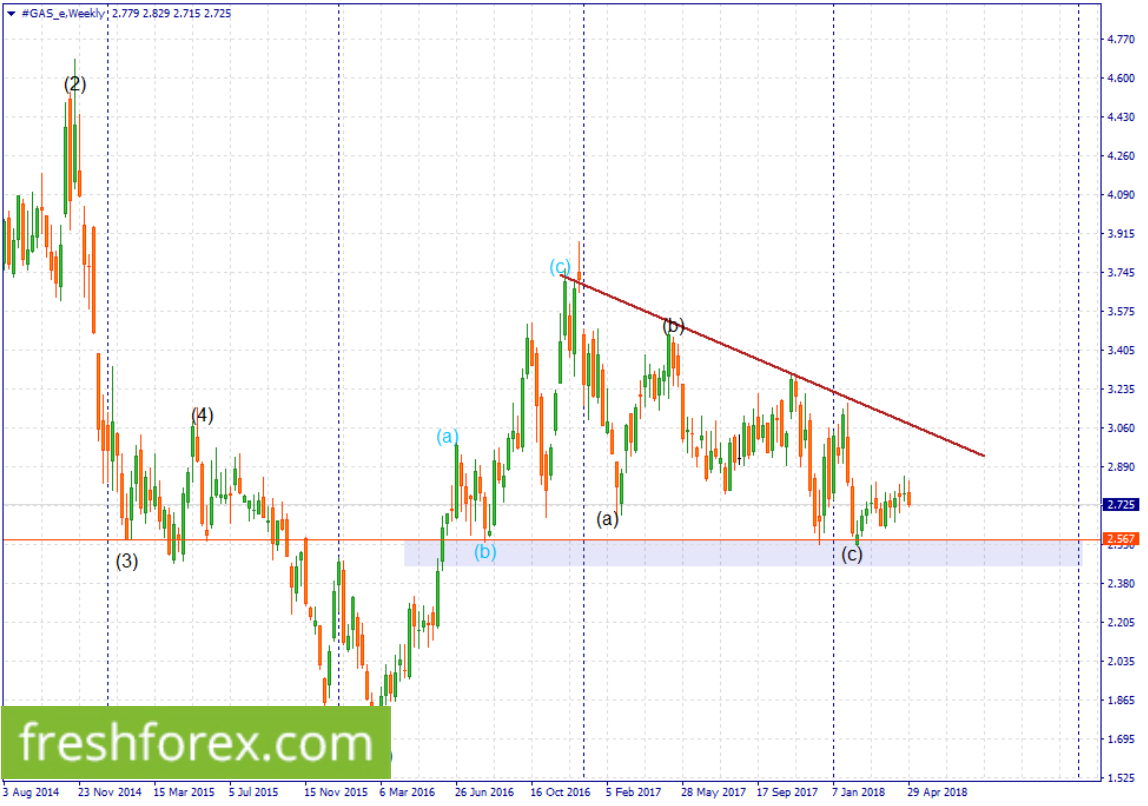 Few week ago, gas commodity established a key support around 2.567 and is still pretty much above this zone, as long as the price is above this support, we expect a possible momentum to the upper side, in the meantime, we’re waiting for a break above 2.791, to confirm a possible bullish price movements towards the upper trend line and should extend further towards 3.405 or even higher to 3.745. This view can only be invalidated in case the price breaks below 2.567, this being the case, we’ll expect a possible bearish momentum towards 1.695.