What's Geopolitics and Ponzi schemes got to do with you? 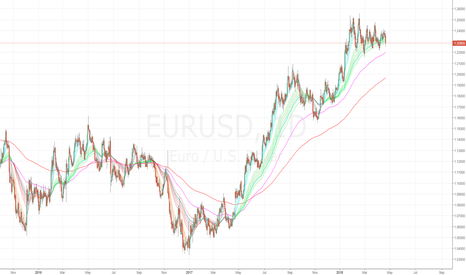 I focus more on historical factors in brief overview in the video. There is an emerging perception that both the EURO             and the US Dollar             a Ponzi schemes of sorts.
How can the US Dollar             which is backed by ‘thin air’ have come to dominate the world.
What is a Ponzi scheme? Are there similar elements in both the EURO             and the USD? Look and you may see.
Geopolitics affects these two. But I’m not really going into the ‘fundamental analysis’ of this at any deep level, at all. Demand for a currency is influenced by international trade which then is connected to stock markets. I’m not able to dig deeply into the complex interactive connections here.
To be clear, I separate Geopolitics from ‘Politricks’ which I blogged about before.
I’m saying that we need to be aware of Geopolitics in the higher time frames like 1D charts. That’s not just about currencies – it’s also about stock markets.
Stuff that may be of interest:
A Ponzi Scheme
Special Interview Noam Chomsky 2018
A deeper understanding of money from a global pespective – and potential complications, by Yanis Varoufakis
The Monetary System Explained – how the Federal Reserve works (or not).
Century of Enslavement: The History of The Federal Reserve