Oil jumps most ever

Weekend attacks on Saudi oilfields that took out about 50% of the Kingdom’s daily output caused a surge in oil prices at the open this morning, with West Texas Intermediate (WTI) posting the biggest daily gains ever. Prices jumped 14.6% to the highest level since May 21 amid global supply concerns, stopping just short of the technical 78.6% Fibonacci retracement of the April-August drop at $63.045.

US President Trump announced that he would authorize releases from the Strategic Petroleum Reserve to help market adjustment. Saudi Arabia is also expected to restore almost half of the lost production by tomorrow, but the balance may take weeks. This has kept WTI supported and prices are currently trading up 9% at $59.75.

China’s industrial production slumped to its lowest annual expansion since February 2002 in August, registering just 4.4% y/y growth after a 4.8% increase in July. Analysts had been expecting an improvement to +5.2%.

Retail sales were also a disappointment, recording slower growth of 7.5% from 7.6% in July, and the smallest pace of increase in four months. To complete the gloomy picture, fixed asset investment grew at the slowest pace since September 2018, with a +5.5% y/y print.

Risk off across the board

AUD/USD looks set for its first down day in four days today in response to the weak China data and oil supply uncertainty, falling 0.16% to 0.6868 versus the US dollar and 0.48% to 74.02 against the Japanese yen. Note it was a holiday in Japan today, so that could have decreased liquidity in the markets.

USD/JPY fell as much as 0.57% to 107.74 as investors bought the safe-haven yen. It appears that the 100-day moving average at 108.08 is a strong barrier for the near term after failing to close above it on Friday. The moving average has capped prices on a closing basis since May 6. USD/JPY is now at 107.76.

Equity markets bore the brunt of the risk-off selling, with US indices falling between 0.61% and 1.1%, with the US30 index snapping an eight day winning streak. China shares slumped 1.23% on risk aversion and weak data, the biggest one-day decline since August 14, while the HongKong33 index fell 1.32% after weekend anti-government protests, now in their fourth month, saw more violence.

A slow start on the data front

With all the other inputs affecting markets, we should perhaps be thankful that the rest of today’s data calendar is quite bare. The only item of note is the US NY Empire State manufacturing index for September, which is expected to deteriorate to 4.55 from 4.80. 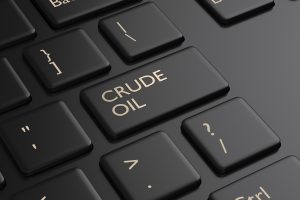